We will discuss a new enzyme that eats plastic, revolutionary biodegradable packaging and also solutions for the ‘un-recyclable’.

Portsmouth University has created an enzyme that can begin to break down plastic in a matter of days. John McGeehan, a professor of structural biology, has been investigating a naturally occurring plastic-eating enzyme that had been discovered in a Japanese rubbish dump in 2016. A slight tweak to the enzyme’s structure, and the team had created a supercharged enzyme that quickly breaks down polyethylene terephthalate (PET) plastic.

TIPA has developed revolutionary biodegradable packaging solutions for the food industry. These unique packaging solutions degrade biologically in up to 180 days in industrial compost – compared to regular common plastic packages that degrade in dozen of years. TIPA’s 100% biodegradable films incorporate high flexibility and durability, high resistance to oxygen and water vapor permeation and transparency. Their clients range from Waitrose in the food industry to Stella McCartney in fashion.

TerraCycle is known for recycling materials others won’t and imaging a future where the concept of waste doesn’t exist. They are recycling materials such as chewing gum, cigarette butts, and even dirty diapers. They’ve turned ocean plastic into shampoo bottles and toothpaste tubes into playgrounds. With its launch of Loop in 2019, common household products now come in reusable options. Learn what impact COVID-19 has had on recycling and reuse, and how business is scaling up. 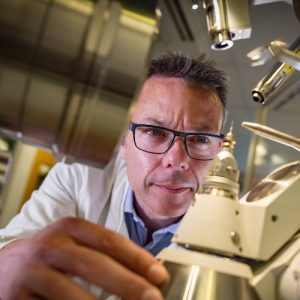 I graduated from the University of Glasgow in 1993, with a BSc (Hons) degree in Microbiology, before going on to complete a PhD in Virology at the MRC Virology Unit, Glasgow.

My research career continued in the Structural Biology Laboratories at the University of York, before I joined Professor Geoff Kneales’ group at the University of Portsmouth in 2000, where I worked on DNA-binding proteins. In 2005, I completed a Postdoctoral Fellowship with the EMBL-Grenoble, France, where I researched macromolecular crystallography and spectroscopy in Dr Raimond Ravelli’s group.

In 2007, I re-joined the University of Portsmouth – initially as a Research Council UK (RCUK) Fellow – and commissioned an X-ray crystallography facility. I was appointed to Reader in 2012 and Professor in 2016. 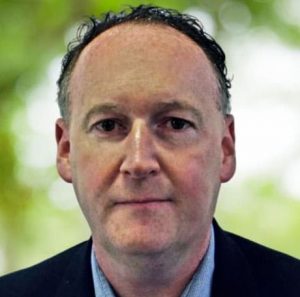 Michael joined TIPA with significant background in Commercial & Business Development roles. He has held numerous leading positions in Marketing, R&D, and Segment and Technology development, and became a member of the APPE Executive board in 2009.

He holds 20 years of experience in the packaging sectors for Food, Beverage, Household & Personal Care and Industrial products across UK, Europe, Asia and USA, including leading Commercial activities, Business Partnerships, R & D, Sales and Marketing for several of the world’s largest packaging companies in plastics – rigid and flexible, paper, board, labelling & glass solutions. 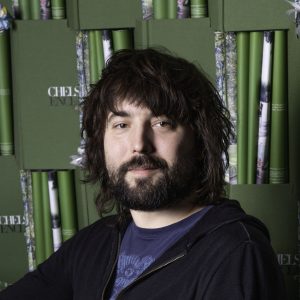 Tom Szaky is founder and CEO of TerraCycle, a global leader in the collection and repurposing of complex waste streams. TerraCycle operates in 21 countries, working with some of the world’s largest brands, retailers and manufacturers to create national platforms to recycle products and packaging that currently go to landfill or incineration.

TerraCycle is the lead company in a new circular shopping platform called Loop that enables consumers to shop for some of their favorite brands in durable, reusable packaging. Launched in May 2019, Loop is a key step in helping to end the epidemic of waste that is caused by ‘single- use’ consumption.

Tom and TerraCycle have received hundreds of social, environmental and business awards and recognition from a range of organizations including the United Nations, World Economic Forum, Schwab Foundation, Fortune Magazine, Time Magazine and the U.S. Chamber of Commerce.

TerraCycle is an innovative waste management company with a mission to eliminate the idea of waste. Operating nationally across 20 countries, TerraCycle partners with leading consumer product companies, retailers and cities to recycle products and packages, from dirty diapers to cigarette butts, that would otherwise end up being landfilled or incinerated.

In addition, TerraCycle works with leading consumer product companies to integrate hard to recycle waste streams, such as ocean plastic, into their products and packaging. Its new division, Loop, is the first shopping system that gives consumers a way to shop for their favorite brands in durable, reusable packaging.

TerraCycle has won over 200 awards for sustainability and has donated over $44 million to schools and charities since its founding more than 15 years ago and was named #10 in Fortune magazine’s list of 52 companies Changing the World.

How to successfully incubate in large organisations